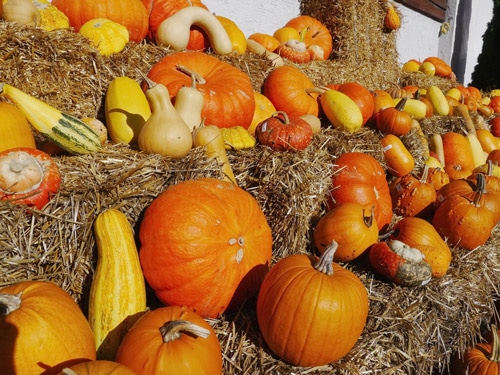 “Eat the rainbow” is a common mantra designed to encourage people to add more plant foods to their diet. Unfortunately, it’s having limited impact. The average person still falls well short of meeting the “five-a-day” recommendations for fruit and vegetable intake. In fact, according to the Centers for Disease Control and Prevention, only 1 in 10 Americans meet the recommended guidelines for produce consumption.

Why should fruits and veggies be part of your diet? As the CDC points out, eating fruits and vegetables helps lower the risk of the many common, chronic health problems, including type 2 diabetes, heart disease, and obesity. Vegetables, in particular, are nutrient dense and low in calories – but fruits offer benefits too. Now there’s another reason to fill your plates with produce, a new study shows that compounds present in a number of plant-based foods boost brain function in older adults.

Did you know working memory peaks at the ripe old age of 30? After that, the ability to remember slowly declines, along with the size of a portion of the brain called the pre-frontal cortex. It’s this area and another part of the brain called the hippocampus that mainly processes memories. A decline in the function of these areas sounds ominous, but lifestyle, including a healthy diet, can slow it down. What foods are best? As this study shows, certain plant-based foods have brain-protective benefits.

Researchers at the University of Georgia used functional MRI scanning to scan the brains of 40 older adults between the ages of 65 and 86 years old. Functional MRIs look at the composition of the brain but also measure brain activity. What they found was older adults with higher levels of plant compounds called higher levels of lutein and zeaxanthin were more “neurally efficient.” In other words, these fruit and veggie eaters didn’t have to tap into as much brain power to recall information. Their brains worked more efficiently.

As your brain ages, it becomes less efficient at processing information. To compensate, you call upon other areas of the brain to “help out’ in processing information and remembering. These are areas a younger person wouldn’t normally tap into. So, an older brain has to seek out additional resources to remember. Yet, in the study, folks who had higher levels of zeaxanthin and lutein didn’t have to access other areas as much to recall things like word pairings. Their brains were more efficient.

What fruits and veggies are the best sources? Pumpkin, sweet potatoes, squash, cantaloupe, red peppers, apricots, and carrots. Even though they aren’t yellow or orange in color, green, leafy vegetables are also high in carotenoids. They’re so rich in chlorophyll that it masks the orange and yellow pigments and you don’t see them.

Some carotenoids are converted into vitamin A but even the ones that aren’t have activity. Research shows carotenoids have antioxidant and anti-inflammatory activity. This may explain why they help preserve brain health. The lutein and zeaxanthin you get through diet also builds up in the retina, the light-sensing tissue in the back of the eye. As these pigments accumulate, they protect the retain against damage due to light exposure.

Your eyes are exposed to ultraviolet light from the sun every time you step outside. These rays are high in energy and can, over time, damage the retina, possibly by creating damaging free radicals. Studies link higher consumption of zeaxanthin and lutein with a lower risk of age-related eye diseases, including age-related macular degeneration and cataracts. So, eating more produce with these pigments may protect your brain AND your vision.

Preserving Your Brain and Memory Through Lifestyle

Now you have another reason to eat your fruits and veggies, especially leafy, greens and produce in shades of red, orange, and yellow. But that’s not the only way to protect your brain as you age. No brain health program would be complete without adding exercise to the mix. Exercise increases blood flow and oxygen delivery to brain cells and research shows it can stimulate the birth of new nerve cells, a process called neurogenesis. Plus, it helps your brain form new nerve cell connections. By creating new nerve cell connections and paths, your brain can better access information it might otherwise not be able to recall. For brain health, aerobic exercise holds the most benefits.

In terms of diet, long-chain omega-3s may offer brain protection as well. These healthy fats are most abundant in wild-caught fatty fish, like salmon. Plant-based foods, like walnuts, sesame seeds, flaxseed, and chia seeds contain omega-3’s in the short-chain form. Unfortunately, most people don’t convert short-chain to long-chain omega-3’s very efficiently. In fact, only about 5% gets converted. That’s why fatty fish is still the best source of usable omega-3’s.

Some dietary components to AVOID for better brain health include foods containing trans-fat, high-fructose corn syrup, sugar, and high-glycemic carbohydrates, like those made from white flour, white rice, and white potatoes. Obesity is another factor that can impact your brain. Fat cells produce inflammatory chemicals that may impact the health of brain tissue. In fact, research links obesity during middle age with mild cognitive impairment later in life. So, watch your weight to keep your brain healthy.

Now you have another reason to fill your plate with vegetables. Yes, it’s still important to eat the rainbow – and make sure you’re adding shades of yellow, orange, and red.

Live Science. “What Are Carotenoids?”

Source: http://cathe.com/can-compounds-found-naturally-plants-boost-brain-function
Learn more about MDVIP, or call us today at 1-866-948-6357
Powerd by My Medical Forum