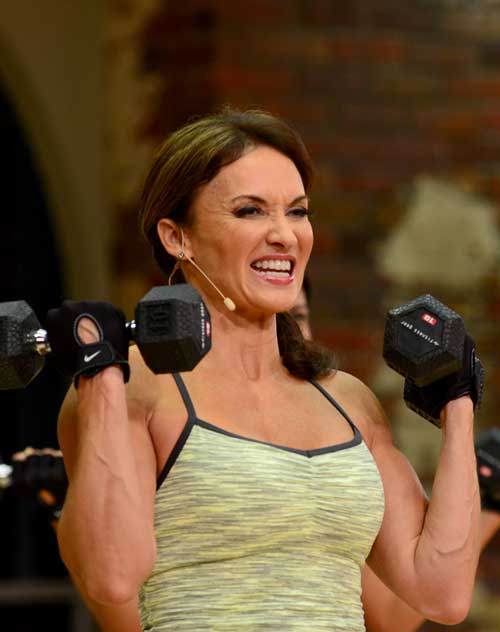 Do you ever have days where you don’t feel like exercising? Most of us do. It could be because you’re tired, have a long list of things to do or simply don’t feel motivated. Of course, some people never feel motivated to exercise. Others make a go of it but don’t stick with it. A study showed half of all people who start an exercise program drop out after six months. Sadly, they never enjoy the full health benefits of working out.

You might wonder why some people are highly motivated to work out while others prefer lounging on the couch with a cold drink and a not-so-healthy snack. Some research suggests hard-core exercisers are genetically wired to stay active. Now scientists believe they’ve found an area of the brain that influences whether you’re motivated to work out or not. It’s called the dorsal medial habenula. Although tiny, this portion of the brain appears to play a role in exercise motivation.

Exercise Motivation: It’s All in Your Brain

Researchers at Seattle Children’s Research Institute for Integrative Brain Research recently found a tiny part of the brain called the dorsal medial habenula affects motivation and the desire to exercise in mice. When researchers block signals from this area of the brain, mice that love to exercise become sedentary, despite being physically capable of exercising. In addition, researchers noted the dorsal medial habenula is linked with feelings of “reward.” When mice have the ability to “turn on” this portion of their brain by using their paws to turn a wheel, they prefer to do so.

Previous research in rats suggests the desire to exercise may be genetically influenced, possibly by the effects of genes on parts of the brain like the dorsal medial habenula. In one study, researchers bred rats that loved to exercise by running on a wheel to other rats that enjoyed exercising. They did the same with rats that didn’t like wheel running. Using focused breeding, they were able to create a line of rats that were enthusiastic about exercise and another line that wasn’t. This suggests genetic factors influence the desire to work out, possibly by their effects on portions of the brain like the dorsal medial habenula.

Does the dorsal medial habenula play in role in human exercise motivation? Researchers believe it’s likely. Humans have a dorsal medial habenula in their brain and it’s similar in structure to the ones in mice.  This may be the portion of your brain that fires up when you have a burning desire to work out and the one that keeps you from finding an excuse to sit on the couch instead of picking up a pair of dumbbells.

The Importance of Knowing Why You’re Working Out

It would be nice to blame lack of exercise motivation completely on this portion of the brain, but the majority of people have a functional dorsal medial habenula. For some people it’s not the absence of exercise motivation that keeps them from enjoying the benefits of regular sweat sessions, it’s not having a clear-cut reason to work out. How motivated are you going to be when you don’t know why you’re doing it? Unfortunately, people who don’t exercise place less value on the benefits of exercise than those who do. That’s why it’s important to clearly define why you want to work out and what you expect to achieve. From there, set smart, achievable goals and make a realistic plan to reach them. Once you have a goal locked into place, you’re more likely to work around obstacles that keep you from exercising.

Some people lack the motivation to exercise until something life-changing forces them to re-evaluate their priorities like a health scare or a health problem in a close family member. If you discover your blood sugar is borderline-high, exercise and eating a healthy diet suddenly move up your priority list.

What are some of the obstacles that keep people from working out? Time constraints, not having the money to join a gym, lack of self-confidence and lack of energy top the list. Studies also show people stop working out because they fear other people are watching them and judging their lack of athletic ability. Fortunately, most of these obstacles can be overcome by working out at home. Home workouts give you more control and the ability to work at your pace without worrying about who’s watching.

When you work out at home, you can plan workout time around your schedule and exercise when your energy level is highest. Exercise DVDs give you the freedom to start at a beginner level and slowly increase your fitness level without exercising in a gym. You can wear what you want rather than “dress to impress.” No wonder so many people stop exercising! Exercising at home eliminates a number of obstacles that make it harder to work out.

Getting Motivated to Exercise When You Don’t Feel Like It

Even the most motivated fitness buffs have days where they lack workout motivation. Sometimes this means you need a rest day. It may also mean you need more workout variety. On days like this, do an entirely different exercise DVD, something your body isn’t accustomed too. A new exercise DVD will stimulate your body in a new way and turn on the reward centers in your brain for a fresh burst of motivation.

Sometimes all you need is a little self-imposed push yourself to get started. Once you begin moving, blood flow increases to your muscles and your brain, chasing away fatigue and stimulating the release of “feel good” hormones and brain chemicals like serotonin, dopamine and endorphins. Remember how good it feels after a workout? Keep those good feelings in mind next time you’re tempted to skip exercise.

The post How Your Brain Motivates You to Exercise appeared first on Cathe Friedrich.

Source: http://cathe.com/brain-motivates-exercise
Learn more about MDVIP, or call us today at 1-866-948-6357
Powerd by My Medical Forum