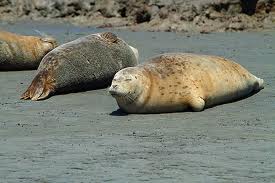 No, it’s not news that people who exercise are likely to get a better night’s sleep, but the National Sleep Foundation, yes there is a National Sleep Foundation, has come up some numbers to help make the point.  When the foundation’s scintillating 2013 Sleep in America® annual poll asked 1,000 adults between the ages of 23 and 60 about their lifestyle and sleep habits, sleepers revealed: Vigorous, moderate and light exercisers are significantly more likely to say “I had a good night’s sleep” every night or almost every night on work nights than non-exercisers (67-56 percent vs. 39 percent). Also, more than three-quarters of exercisers (76 percent-83 percent) say their sleep quality was very good or fairly good in the past two weeks, compared to slightly more than one-half of non-exercisers (56 percent). Don’t go to sleep, there’s more: More than two-thirds of vigorous exercisers say they rarely or never (in the past 2 weeks) had symptoms commonly associated with insomnia, including waking up too early and not being able to get back to sleep (72 percent) and difficulty falling asleep (69 percent). In contrast, one-half (50 percent) of non-exercisers say they woke up during the night and nearly one-fourth (24 percent) had difficulty falling asleep every night or almost every night. Still awake? Read more from the National Sleep Foundation.