Helping others, it turns ou 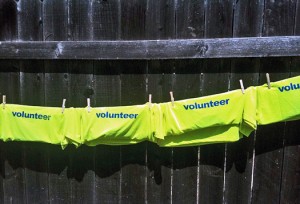 t, also helps yourself–biologically. A recent study conducted at Carnegie Mellon University found that people who volunteer for at least 200 hours a year decrease their risk of hypertension by 40 percent. It’s true. A Carnegie Mellon news release reports that researchers studied 1,164 adults between the ages of 51 and 91, interviewing them twice, in 2006 and 2010. All had normal blood pressure levels at the first interview. The researchers found that those who reported at least 200 hours of volunteer work during the initial interview were 40 percent less likely to develop hypertension than those who did not volunteer when evaluated four years later. The type of volunteer activity didn’t matter – only the amount of time spent volunteering led to increased protection from hypertension. Read more from Carnegie Mellon.

Source: https://sportsgeezer.com/2013/volunteer-work-keeps-blood-pressure-down/
Learn more about MDVIP, or call us today at 1-866-948-6357
Powerd by My Medical Forum